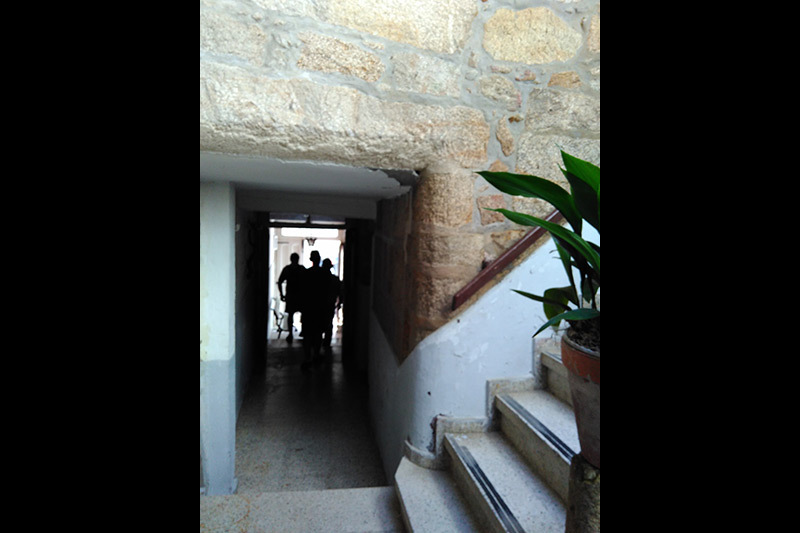 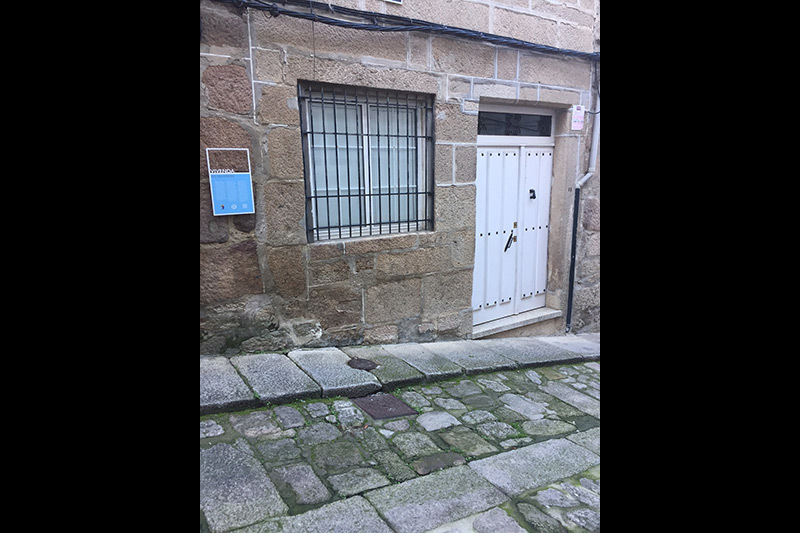 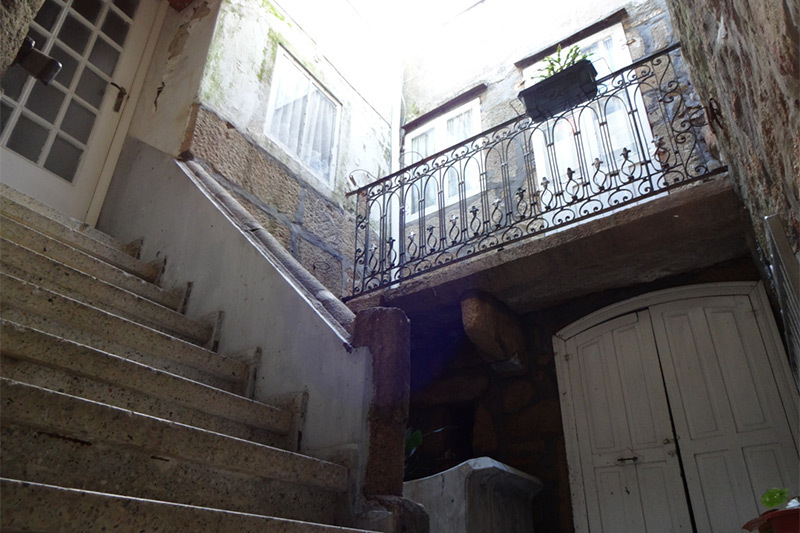 The importance of the medieval  judaic community in the city of Tui can be seen today by the many  houses remaining from the fifteenth century that belonged to Jewish people. The most important example of these buildings is the “house of Salomón “, Salomón being  a prominent merchant in 1473. The house is arranged around a central patio which is accessed by a short flight of steps. The house opens on to the patio and is a unique example of its kind in Galicia. The façade of the house has austere lines and the  two brackets next to the windows were probably used for “hanukkáh” lamps.