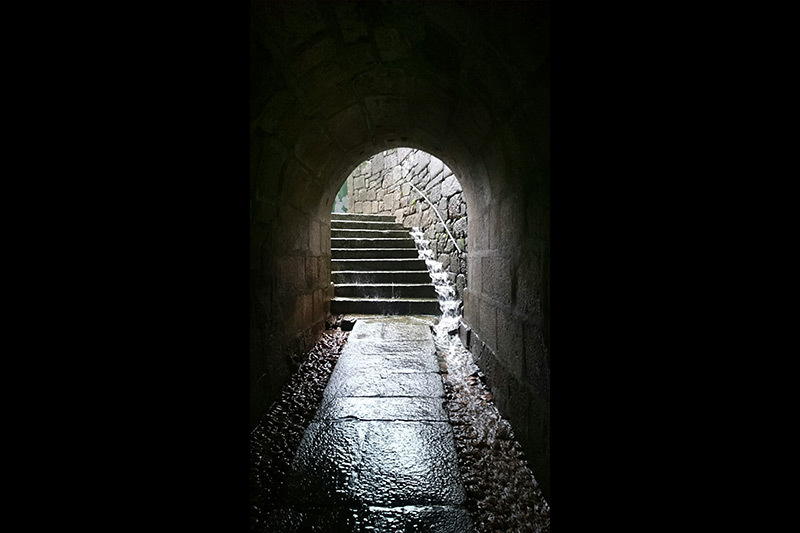 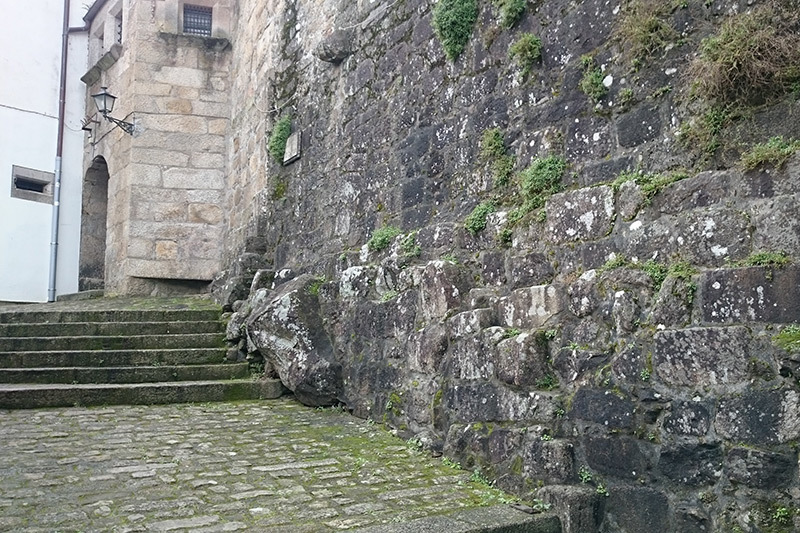 One of the most important historical parts of the city is known as the "Tunnel of the Enclosed Ones". Nowadays, it is integrated inside the Convent of Las Clarisas. The passageway and its natural surroundings on the summit of Tui’s hill, are what remain of the Cathedral-City’s defense system.  In 1142, King Alfonso II ordered the construction of a tower in the City to be donated to the Bishops. In 1170, the enlargement of the city with  a new city-wall, kept the tower inside the hamlet but still allowing a means of communication between the higher and lower parts of Tui.